FACE TO FACE WITH THE KILLER MACHINE

But who is the killer machine ? The white shark or human ? The huge size of the artwork 1m80 x 1m20 plus the rough condition of the shoot let the spectator enter in the most frightening experience. « I just had 1/4 second to shoot during the attack, the visibility was 1m and half and it was super fast. The 6 meter long white shark shoot and damage the cage then disappeared for ever. I was really close. His gaze is unique and terrible »

Shoot was done on analog film and give a timeless and historic aspect. With this analog aspect, some can easy refer to the collective culture with famous film « Jaws », as it was an extract of the movie. 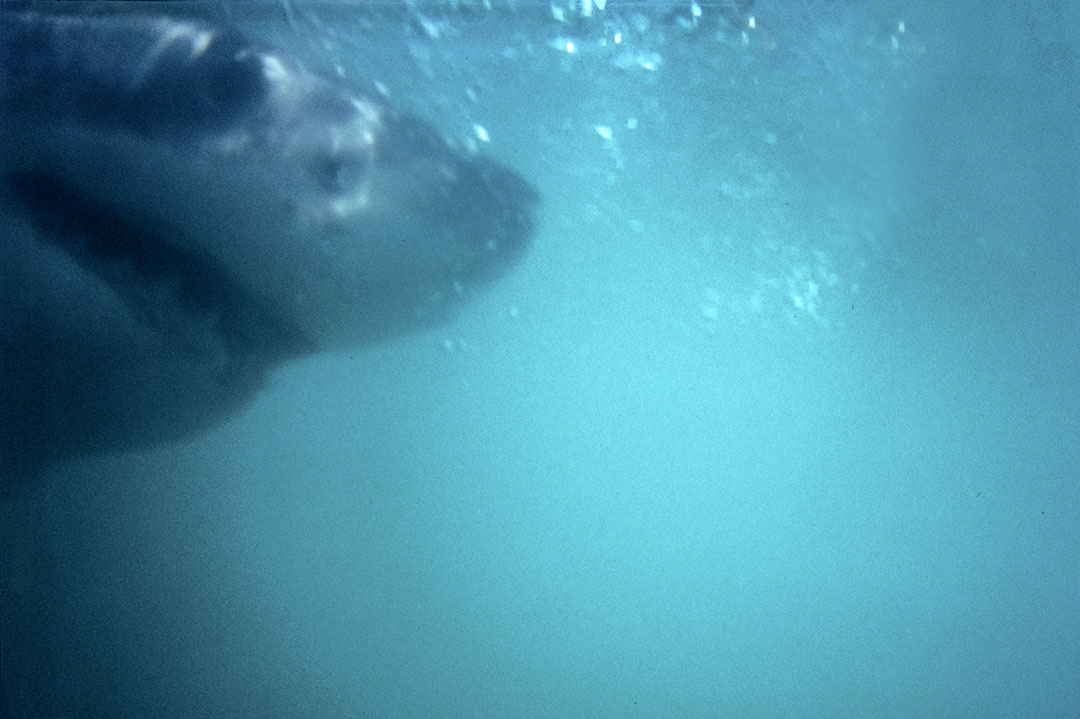 « The White Shark Attack » available in edition of 3 is use the highest standard museum quality : ultraHD photo print under Acrylic Glass.